We do not presume to offer any advice on actually traveling to China. We can however assist with some of the preparation, specifically we can help you plot your trip itinerary on the map.

It's worth noticing that as civilized and connected as it is nowadays, China remains a totalitarian regime. The laws are restrictive and the government actions are pernicious. Even a simple act of mapping one's trip is political and it does not escape bureaucratic regulations that inconvenience people in the name of fighting phantom enemies.

The difficulty of mapping a trip to China stems from the government decree that establishes a unique coordinate system, called GCJ-02. Differently from other major coordinate systems, GCJ-02 is not designed to improve accuracy. On the contrary, its purpose is to obfuscate and distort in the misguided attempt to protect the so called state secrets.

That is a problem when using Google Maps which - in China - employs GCJ-02 for the road and terrain projections but not for the satellite imagery. The latter employs WGS-84 system widely used around the world. The use of 2 different and incompatible systems is easily noticeable if you try to overlay roads network over the satellite imagery. 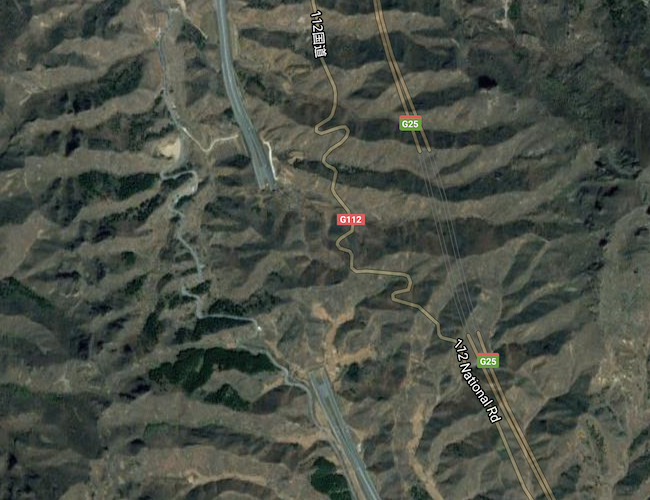 The OpenStreetMap allows Furkot to keep all geographical coordinates in the WGS-84 system and avoid inaccuracies introduced by GCJ-02.

Using GCJ-20 in China and WGS-84 outside it as Google Maps does results in the shift between coordinate systems at the Chinese border introducing a gap between roads on each side of the border crossings. Furkot doesn't have this problem but occasionally it may not be able to calculate a route between points on the opposite sides of the border and will display a No route available... warning. You can work around this issue. 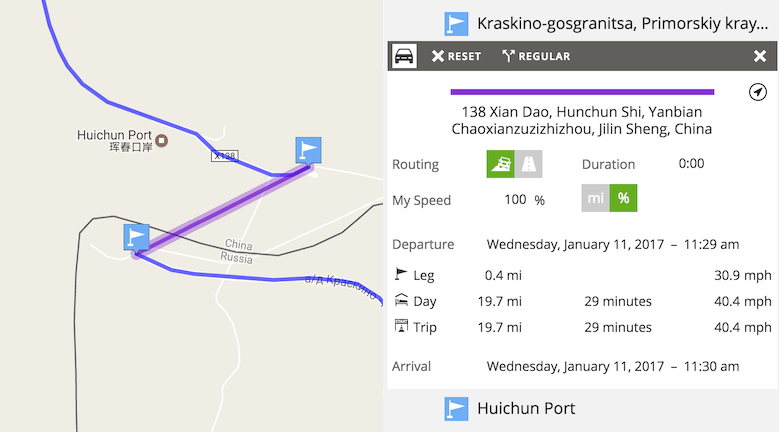 All the coordinates that Furkot displays, including in the stop Coordinates field use the WGS-84 coordinate system. When editing stop coordinates, make sure the values provided are in that system.

Furkot relies on other websites to provide attractions and points of interests that can be added to the trip. Not all websites use WGS-84 for places in China and not always consistently. While we try to ensure that the places listed in Sleep , Eat and Find drawers are positioned correctly on the map, it is always a good practice especially in China, to verify their locations independently.

The specification of the GPX format mandates use of the WGS-84 coordinate system and most GPS devices available in Western countries follow the specification. When using such devices importing and exporting GPX files should work without problems.